They say when you see those two little lines on your home pregnancy test, your life is forever changed. As I wrestled my 9 month old into his pj’s I can say this is very true. However, sometimes life changes in ways we couldn’t imagine. When you see those two lines you start picturing the future filled with happy moments, you don’t imagine sadness and loss.

You probably heard the statistics, 1 in 3 HG pregnancies ends in a loss, but from personal experience, I can say that means little until you join the 1 in 3.

I had been tracking my cycles for a while when my husband and I started trying to conceive. After 14 days of high temps and a gut feeling, I awoke early one morning and took a test. As the two lines appeared, all my cute Pinterested ideas for sharing the news with your spouse disappeared, as I ran through the house screaming, “Look, look, there are TWO lines!!!!!” It was a joyous moment, one to remember forever.

I anticipated some nausea and vomiting as other moms had, but still felt great and assumed it was because I was early in pregnancy. I eagerly called the OB and they agreed to a blood test and an early ultrasound. The day before the ultrasound, a threatening snowstorm meant my appointment was canceled. Darn, I wouldn’t get to see Quack, the affectionate nickname we gave the baby. A week later, with my husband by my side, I was quite excited to see my baby for the first time. The tech began the scan but I became alarmed when she asked if we were sure of my ovulation date? I assured her that it was not possible that I was off by two weeks. She tried one more time before delivering the bad news, no heartbeat. At that moment, I felt like I had no heartbeat. I returned to the waiting room while we waited on the doctor. I tried to be strong since others were nearby, but I couldn’t hold it in. I began to sob, giant, gut wrenching sobs. Thankfully a nurse saw my distress and took me to a private room.

The doctor was kind and compassionate while explaining my options. He said take a day to think things over and let me know. He escorted us out the back. I got in the car called my mom, again sobbing and incoherent. She understood without my saying a word.

Since the baby, (I say baby and not fetus because to me it was my baby) had passed several weeks earlier and my body was still carrying on the pregnancy as normal, we opted for a D & C. I will never forget the procedure, as luck would have it, it was the day before my 30th birthday. The nurse was trying her best to make me feel better saying, “You’re so young, you will have more babies”. But in that moment I didn’t want more babies, I wanted that baby, I wanted my little Quack.

The days turned to weeks and while there were a lot of tears, anger, questioning and sadness, eventually acceptance became a part of the mix as well. Then the call came from my doctor – we got the test results back, “no chromosomal abnormalities, sometimes we just can’t explain these things, oh and it was a male.” I began to cry – I would have had a son. The doctor asked if I was okay; I lied and said,” I’m fine just a bit emotional”. I climbed into bed for the remainder of the day. Oddly, the next day I felt a little better. My ‘Mommy of an Angel’ ring came in the mail and as I slipped it on my finger I felt like a little piece of my baby would always be with me.

This year when the anniversary of losing my baby came, I had my son to hold tight in my arms. He was born 3 months after my due date for pregnancy #1. My sister cautiously asked, “What’s it like?” She paused then continued, “What’s it like holding a baby you know wouldn’t exist if you weren’t grieving for the one you lost?” Honestly, I’m not exactly sure how it feels. It’s a mix of many emotions. I often still wonder what would Quack have been like? What would his hopes and dreams be? How would his life have unfolded had he survived?

I love him dearly, talk to him often, reminding him I’m still his Mommy and I will love him forever. As I hold my now 9 month old son, I can say I’m at peace. And while I can’t say I understand, I know that things are exactly as they should be. 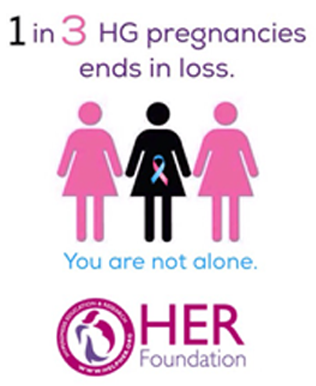